Maya 2017 Update 3 added some new features for Rigging and character skinning workflow. The sort-of-hidden Bake Deformer Tool can bake down deformations that are on top of a skin cluster, to skin weights. Another deformer that was added is the Tension Deformer.

You can use the new Tension deformer to simulate the effect of surface tension. The deformer tries to maintain the object’s shape without adding too much squashing and stretching. The Tension Deformer uses the mesh’s vertices to try to preserve the lengths between them.

What is  practical use for the new deformer? You can use it on top of a skin, to smooth out deformations on a character. Autodesk’s Steven Roselle shows you how the new deformer can be used to level-out the unwanted effects of a rudimentary bind.

You can paint the Tension Deformer’s effects, making it a nice addition to use as a layered deformer when skiing a character. Of course you can bake down the deformer’s effects into skin weights, with the new Bake Deformer Tool. Should save some paint skin weights time! 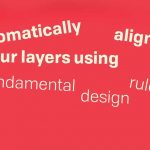 MamoWorld Takes After Effects Grids and Guides to the... Previous
Houdini 16 Masterclass in Shader Building and Material... Next 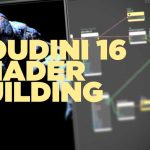