How To Automatically Orient Objects Along a Path With Fusion

San Antonio based Director, Editor, and Creative, Tony Gallardo has been taking a good look at using Fusion for Motion Graphics. Tony shows how you can automatically orient along a path. Fusion is an amazingly fast node based compositor, with a true 3D environment, but it can be more than that. Fusion has a lot of great tools that can be used for motion graphics too.

If you are coming from After Effects, some of the workflows in Fusion will seam foreign. If you already understand node based systems though, you will feel right at home. Fusion has some interesting add-ons that can extend its motion graphics capabilities, such as Krokodove.

Fusion has a lot of nodes that lend themselves well to motion graphics, such as the duplicate node. You can also align objects to a path, using modifiers. Watch how that is all put together, and subscribe to Tony’s Channel, from more tutorials that deal with mograph in Fusion! 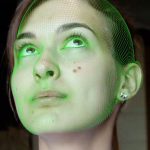 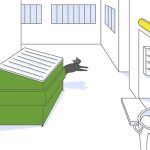 How to Create a 3D Portal Effect With Fusion

How to Recreate the Dune Titles in Fusion