Stardust Now Lets You Use 3D Objects as Particles

On Friday, September 29, 2017, Superluminal will unleash an early adopter’s version of their modular particle system for After Effects that will offers some pretty incredible new features.

A new version of Stardust modular particle system for Adobe After Effects is about to be unleashed, offering some extremely powerful and exciting new tools.

Foremost, Stardust will be able to use 3D models as particle instances, opening up a whole new realm of possibilities. This means that you will be able to fully render out 3D models not her own or as replicated entities. With this, comes new 3D primitives, HDR based lighting, physical materials, and Ambient occlusion to round out the 3D workflow.

Stardust-Next will able to extrude type and masks in After Effects into 3D objects without leaving Ae. Most importantly, everything is in one shared space. This makes Stardust the ultimate tool for After Effects where 3D and 2D particles can work within the same space —Very promising if you’ve reached the limits of the particle systems you are currently using.

No less important a feature is that Stardust will be GPU accelerated.

Best of all the new version will be offered as a free update to all current customers. Visit Superluminal to learn more. 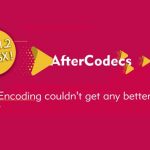 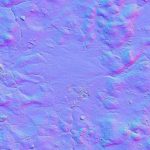 How to Create 3D Wireframe Terrains With Stardust