Superluminal’s Stardust plugin represents a fundamental shift in particle tools that are available for After Effects. It has a completely modular workflow, working with nodes to create particle effects. Mikey Borup walks new users through what Stardust is and how it works. “It’s not very often that After Effects plugins totally change the way you do things,” Mikey says. “Stardust is one of those plugins”.

It’s true. Since the initial release of the plugin, it has updated to include GPU acceleration, physical rendering, and 3D particle instancing. This makes it possible for Ae users to import and render out 3D models using a unified 3D space. The plugin can work with single 3D models or replicated ones using instancing. the particle tool is truly a leapfrog advancement for particles and 3D work in After Effects. The plugin can be found on aescripts + aeplugins. 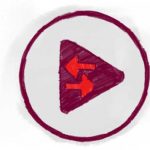 Nicolas Dufresne Releases Alpha for New FFmpeg Encoder Previous
What is a Space-Switch & How Do You Build One? Next 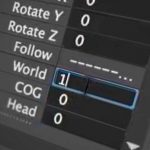