Create an Erupting Volcano Scene With After Effects

VFX City’s Caleb Ward walks through how to modify a still photograph into an epic volcano scene in After Effects. Using a shot of a mountain scene, Caleb shows how you can track the footage in preparation for the VFX elements. The streams of flowing magma starts out as a simple photoshop image.

This tutorial will take a look at a few different techniques. The biggest technique being tracking objects into 3D space

The After Effects Fractal Noise Effect takes care of adding motion to the magma flows, giving it a more realistic look. The volcano eruption is all handled by particles using CC Particle World in Ae. Caleb makes the project file available to download, which include the mountain footage. 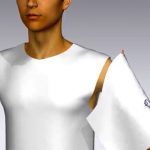 How to Make a T-Shirt With Marvelous Designer Previous
Automatically Set Arnold Subdivisions for all Objects... Next 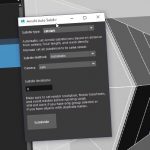 Compositing Principles and Workflow in Action: 30 Days of Ae

Compositing Fundamentals Overview for Selection Methods Within a Compositing Environment