Getting Started With the SDK and Writing Ae Plugins

James Whiffin Dives Into the Adobe After Effects SDK for Writing Ae Plugins.

After Effects has a robust SDK and scripting environment, and while a tutorial on how to create native plugins for After Effects might be a little out of the average Ae-user’s league, it’s still interesting to watch how the sausage gets made when it comes to Ae plugins. Watch Plugin Everything’s James Whiffin dive into the After Effects SDK and create a simple line drawing plug.

Whiffin starts with some code from Bresenham’s line algorithm, that will draw a simple line. The tutorial works with Visual Studio, but the same source code can work with Xcode on MacOS systems.

As their name would suggest, Plugin Everything seems to be hell-bent on actually creating native plugins for After Effects that help with everyday motion graphics workflow tasks. Their latest is Bezier Node, that lets you draw a curved line between two elements. 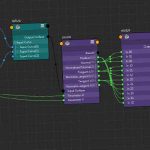 A Fast, Clean, and Free Rivet Tool for Maya Previous
How to Create Animated Cloth in Cinema 4D Next 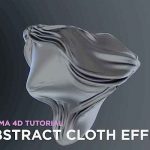