How to Build a Space Switch System With Maya Matrix Nodes

Jarred Love Covers Building a Space Switch System for Dynamic Parenting in Maya That Uses Nodes Rather Than Constraints.

In an extension from his last tutorial, Rigging Artist Jarred Love shows how to create a custom Space Switch system in Maya using the Matrix nodes rather than using standard constraints. Using Matrix Nodes for this type of task in Maya offers an opportunity for cleaner hierarchy in a character rig as well as the benefits of a non-cyclical node network.

The tutorial starts by describing a standard space switch and how it typically appears in a character rig. “Toward the end, I also describe a method you could use to actually blend between the spaces instead of abruptly switching if you really want to use that; however, it will bloat the node network a little and ultimately isn’t necessary if you have a tool for matching the driven item’s world space position and orientation between the spaces during a switch.” Jarred writes. 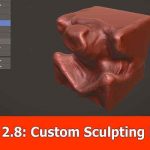 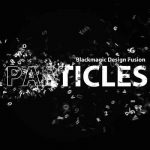 What is a Space-Switch & How Do You Build One?