Red Giant Trapcode Suite 15 hosts a new fluid dynamics engine for Particular particles. For the first time, users can create dynamic swirling effects with the new Dynamic engine. Particles can behave like they are moving through real fluids. Particular lets you choose between four customizable forces and behaviors. These include Vortex Ring, Vortex Tube, and more.

Portland, OR – October 30, 2018 – Red Giant today announced Trapcode Suite 15, the latest update to the industry’s most essential tools for creating 3D motion graphics and visual effects in Adobe® After Effects®. Expanding the suite’s existing powerhouse toolset of 11 motion graphics plugins, this release introduces Dynamic Fluids™. For the first time ever, artists can create particle systems within After Effects that interact in a realistic fluid environment, creating particles that swirl, mix and react to realistic forces. Also new to the suite is the ability to easily load 3D objects into your After Effects composition through Trapcode Mir.

“We are incredibly excited to release something this groundbreaking to the community of After Effects artists,” says Chad Bechert, CEO of Red Giant. “The introduction of our Dynamic Fluids physics engine makes it possible to create particle systems that behave as if moving through a fluid environment and that interact with each other, producing stunning, organic results. This release will completely change the range of what artists will be able to create inside of After Effects, opening the door to new and more robust particle system animation, motion graphics and VFX.”

“The new features in Trapcode 15 are great developments,” said Sam Keehan, senior motion designer at Territory. “We’ve been able to achieve simulations that previously we would have had to jump out of AE for. The new Dynamic Fluids physics engine allows for a much more believable level of randomness and can be applied in all sorts of ways that elevate the traditional Trapcode workflow to a new place. Really fun to work with and definitely something to permanently add to the mograph toolbox going forward!”

To help show off the power and versatility of fluid dynamics in Trapcode Suite, Territory took on the task of creating a beautiful video built around their experimentation with the new engine. Watch it here.

Trapcode Suite 15 is available now via the Red Giant website.

Red Pledge is Red Giant commitment to customer happiness, with no purchasing hassles. Learn about the Red Pledge guarantee at www.redgiant.com/redpledge/.

Red Giant is a software company made up of talented artists and technologists who collaborate to create unique tools for filmmakers, editors, VFX artists, and motion designers. Our company culture is focused on finding balance between work and life – we call it “the double bottom line” – this philosophy helps us ignore complexity in favor of building simple tools that yields giant results. Over the last decade, our products (like Magic Bullet, Trapcode, Universe and PluralEyes) have become the standard in film and broadcast post-production. With over 200,000 users, it’s nearly impossible to watch 20 minutes of TV without seeing our software in use. From our experiences as artists and filmmakers, we aspire to not only provide tools for artists, but inspiration as well. Watch our films, learn from over 200 free tutorials, or try our software at www.redgiant.com. 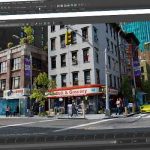 Have a Look at This Extensive Introduction to Maya's... Previous
How to Create a Live Boolean Tool In Houdini Next 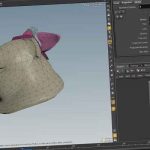 A Look at Working With Trapcode Particular Fluids