Emanuele Colombo Lists Some of His Favorite After Effects Shortcuts.

Shortcuts are a great way to work, letting you do things faster within your favorite application. Shortcuts can also be obscure and difficult to remember. Proving this is true with Adobe After Effects is a quick tip video from animator Emanuele Colombo who runs through some of his favorite advanced shortcuts for After Effects. It’s a “short list of little known shortcuts that I used a lot in my workflow, and that will hopefully make you save a lot of time,” Colombo says.

Some of the advanced shortcuts you may already know, but some of them are guaranteed to be obscure, invoked with a gaggle of keyboard buttons at once. Key commands and short cuts are a favorite tutorial quick tip to find, including Ukramedia’s Sergei Prokhnevskiy’s useful tricks series for After Effects. 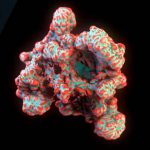 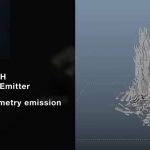 Skilled After Effects User? Even You Might Not Know Some of These 22 Useful Tricks