MographPlus Shares 10 Things That Should be in R21

Kamel Khezri lists-off 10 things R21 should have to remain competitive.

It’s nearly time for another Cinema 4D release, and most of us wonder what new features will come in R21. Version R20 saw a bunch of surprises, such as a node editor, node-based materials, along with Fields. Features that fundamentally change how users work with Cinema 4D. Many of us expect Maxon to keep the momentum going, especially after the Redshift announcement. One C4D Artist and trainer, Kamel Khezri (MographPlus) hypothesizes what features Cinema 4D R21 needs most and where Maxon should focus effects to keep users and stay competitive.

Indeed, some areas of Cinema 4D need some love having seen long stretches of neglect. For example, UV and BodyPaint, a modern viewport, and Xpresso, the handy node-based expression engine for Cinema 4D. Khezri also mentions things like more flexible and competitive pricing structures, a unified dynamics engine that can encompass particles soft and hard body dynamics, and a few other good suggestions. What will R21 bring? Only beta testers and Maxon insiders know at this point, but hopefully, it won’t be long until we all know what the new release will bring. 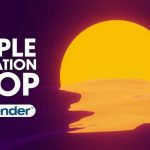 Create an 80s Style Sunset With Blender Eevee Previous
Everything You Wanted To Know About Motion Tracking in... Next 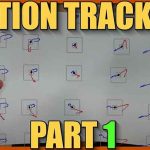