Mingquan Zhou shows how you can use Maya Bifrost to build a push deformer.

As with all things nodes, anything goes. A recent update to Bifrost sees a new VFX programming environment where you can string together nodes to create pretty much everything. An example of this is this video from Mingquan (Charles) Zhou, who shows how you can put together a push deformer using Bifrost. “This is a Bifrost test for making custom deformer,” Zhou says. “since Bifrost just announced a nice update yesterday in Siggraph 2019, which will open other many possibilities in Maya, I think.”

Zhou also covered creating a noise deformer in the Bifrost graph. Have a look at that in the video below.

Another example of using the Bifrost graph for creating tools is a post from Duncan Rudd, who made an entire IK Solver.

Made a basic IK solver with the new bifrost graph in maya. Looks promising but will need profiling.@AdskMaya – is it not currently possible to output an angular type attribute? 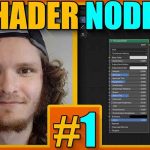 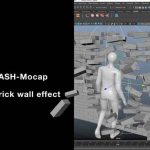 Taking the Mystery Out of For Each Loops in Bifrost

Check Out This Time Warp Effect as a Bifrost Compound