In layer compositors like Adobe After Effects, every layer has it’s own opacity slider, making it easy and intuitive to animate opacity over time. Node-based compositors work a little bit differently. If you’re coming from After Effect to Fusion, you might now know how to handle this.

A quick tip tutorial from Noah Hähnel shows two quick ways you can use to keyframe opacity. “A question I see asked a lot in Forums is, how to animate opacity in Fusion.” “Especially After Effects, users often find themselves confused since there is no Opacity or Transparency slider for each layer, or in Fusions case, Node branch.”

Noah is a VFX Generalist, living in Berlin, who creates VFX, Motion Graphics and 3D Animation to Software and Hardware Tests and Tutorials. 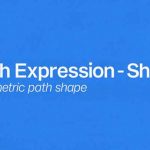 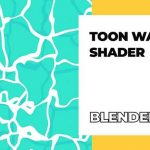 Using Arnold AOVs in Fusion With an ACES Workflow

How to Create Scrolling Parallax in Fusion Without Keyframes

Do more with Particles in Fusion and Resolve