Chipp Walters shows a super-quick way to fix those lines on a bevel, so they look smoother.

The Blender Bevel modifier is a handy way to get that manufactured look to your models. From Bevels to Fillets, the Bevel modifier lets you round out connection edges quickly. But you may find that there are a couple of lines that happen between the tangent of the bevel start and end.

A new quick tip from Chipp Walters shows that by changing one setting in the modifier, you can get rid of those lines for good. It’s the value that’s important here. It adds curvature continuity, and it’s a whole thing when making a Squircle.

Chipp Walters is an Industrial Designer who has created concept designs for Apple, Sony, NASA, and the HYPERLOOP. Recently, Chipp led a team to create an award-winning historical Augmented Reality product based on the Alamo for museums and education. 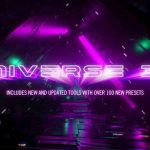 Universe 3.3 Adds More Realistic Glows and Much More Previous
How to Inflate and Deflate Parts of the Same Object in... Next 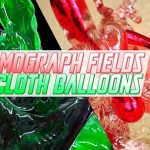 How to Use Library Overrides in Blender

How to Create a Retro-Style Animation for Type With EEVEE

How to Make a Spiral Cable With Blender Geometry Nodes