An Introduction to Smoke Simulation in Houdini

Rohan Dalvi covers the basics for setting up a smoke simulation in Side FX Houdini.

A new tutorial series from Rohan Dalvi is an introduction to creating simple smoke simulations in Houdini. Smoke comes from the Pyro solver in Houdini, and the tutorial looks into working with the Pyro solver to create smoke. More specifically, the tutorial covers using the SOP level pyro solver, which is just a DOP level network wrapped up and put on a SOP level.

Setting Up a Smoke Sim.

Rohan covers everything that you need to know to create a lovely looking smoke sim in Houdini. The tutorial covers density temperature and adding noises to the emission. Also included are fundamental parameters, temperature values, and buoyancy settings. 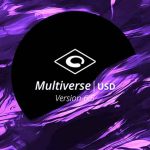 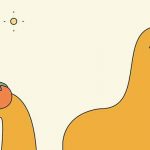 How to Create a Destruction Simulation in Houdini

An Intro to Building Terrain Shaders for Houdini Mantra

How to Create Realistic Fire With Axiom and Redshift