Check Out This Bifrost Collider Deformer

Jason Labbe shows off a collider deformer entirely made with Maya Bifrost.

While Maya doesn’t per se have a collision deformer, there are a few tools out there that provide a simple solution to one. Most notably, Brave Rabbit, iCollide, lets you create a collision effect with running sims.

You can also make your own with nodes and matrix math. A recent endeavor and demonstration by Jason Labbe shows off his collider deformer that he created using Maya’s Bifrost. “I initially developed this deformer in Python and was dreading having to port it to c++ and make it GPU friendly, so I made myself a challenge to see if I could convert it fully Bifrost,” Jason says.

“Right now to detect if a point is inside a mesh, I’m using rays. In a nutshell, if the ray’s total hits are odd, then the point is inside the mesh; otherwise, it’s outside. Since Bifrost’s native raycast only returns you the first hit, I used a while loop to get all possible intersections, like mimicking MFnMesh’s allIntersections.”

Check out the video for proof of concept and the Bifrost forum post for more details in the thread. 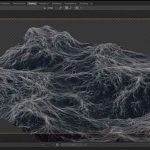 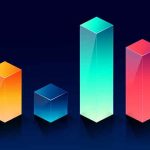 Everything You Want to Know About Bifrost’s Evaluate fCurve Node