Isuara is a serialized animated series aimed at boys & girls ages 6-11. It follows a strong female protagonist and is set on the coast of Mozambique. The series is deep-set in magical realism and has nature conservation messaging at its heart. The story is EPIC and deals with some mature themes, without speaking down to its young audience.

We are currently looking for funding and distribution and hope that by getting as many eyes on the trailer as possible, we would be able to partner with the right people to bring the full series to fruition.

Isaura was born out of a conservation project based in Mozambique. What started as a small educational idea soon grew into an epic, African adventure following a Mozambican girl on her quest to save turtles. We realized early in the process that conservation is such an important and urgent message, why stop at turtles. She eventually builds a team of humans and endangered animals including turtles, tigers, rhinos, polar bears, and orangutans.

The women and children of African countries are so often depicted as victims. Victims of war, poverty, or environmental devastation. Isaura will be the first animated show with an environmental message at its heart, featuring a female, African hero.

Mozambique is such a unique and aesthetically interesting place. Nothing survives the salty, humid air for long as metal rusts, paint peels, and moss grows between cracks in walls. We felt we had a duty to show this unique location in a unique way to the world. We leaned into this textured look to create something that feels authentic to Mozambique.

Our approach to the animation was also unique. We used traditional, hand-drawn animation for the characters, but a gaming engine to render the environments. The main benefit of using Unreal Engine is that we were able to make creative decisions far into the process that a traditional animation pipeline would not allow. 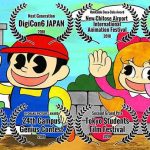 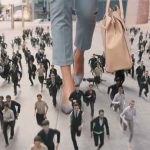