Creation Effects shows how you can get neat-looking 3D effects out of CC Ball Action in After Effects.

We’ve seen those fractal-based 3D particle effects, and while the majority of those use some third-party plugins, you could theoretically create them just using standard After Effects tools. How? Check out this new tutorial and walkthrough from the folks at Creation Effects.

The tutorial uses CC Ball Action, an often overlooked tool in After Effects. “This effect can be used to create 3D water or oceans, 3D landscapes with hills or mountains, grid or wireframe landscapes, flowing silk or cloth ribbons, and a variety of other abstract 3D elements.”

“The “CC Particle World” and “CC Particle Systems II” effects are limited in what they offer. This effect unlocks another less noticeable method of creating particles in Adobe After Effects, allowing users to create a different kind of animation in which pixels are pushed out in three dimensions, based on their brightness values.”

Noah shows the secret to making these kinds of 3D particle animations in After Effects, and it also shows how to use the optional “Pixel Pusher” template that makes it much easier to produce. 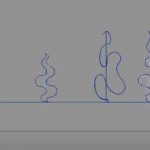 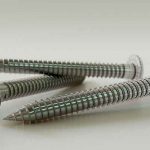