It has been a while since V-Ray 3 has been out for Autodesk Maya. If you haven’t seen or read anything on the release, the Chaos Group have posted a little rundown showing off some of the new features in V-Ray 3 for Maya.

V-Ray 3.0 for Maya focuses on artist productivity and delivers a powerful new set of features and improvements

V-Ray 3 is packed with tons of great stuff, not only is it faster in some facets of rendering, but it includes huge new features such as rendering directly in the Maya viewport, allowing you to conveniently bypass the Maya render View when iterating or developing lighting and shading – a big timesaver.

V-Ray 3 is overall, 30% faster than its predecessor version 2.4, but some things such as hair rendering has seen the largest performance boost with render times up to 300 times faster than previous versions.

There are also some other optimizations that take great strides in rendering efficiently such as the new dynamic bucket splitting which will automatically reduce the size of render buckets to better utilize the system’s processors while rendering.

There are also some new Maya specific features, with support for XGen and Maya’s Bifrost. This is in addition to agnostic application additions such as support for Deep Image Renders, OpenVDB, and a much welcome OSL.

The look at V-Ray 3 features covers: 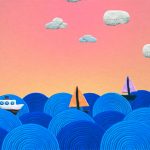 Crowded Previous
Creating Dirt Using Texture Based Fall Off in Octane... Next 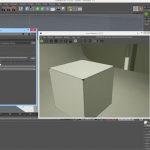 How to Create Worn Materials in V-Ray Without UVs

How to Make a Forest With Render Proxies and MASH