New to Houdini 14 are the revamped crowd simulation tools. Side FX have taken the crowd system in Houdini and made it a more artist friendly environment. One of the new tools, Crowd path is shown here. The goal was to make it much more simple to create crowd scenes and crowd simulations in Houdini 14.

This includes the addition a new packed agent primitive type, a Finite State Machine (great name for a mental band) solver, and a hardware accelerated support for crowed instances.

Here, the GoProcedural channel posts a look into using the new crowd path tool in Houdini 14. Houdini 14’s crowd pipeline is intended for some fairly large to middle background crowds that are non-interacting. If you need crowds to seamlessly interact with dynamic elements such as Bullet, fluids and sand, Houdini 14 is the way to go. 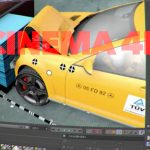 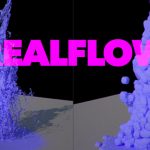 An Introduction to Houdini Crowds