Mettle shows a sneak look at a new plugin for After Effects that will soon be released. Skybox is meant to help you integrate 3D objects in After Effects and other 3D applications, by letting you create a reflection or environment map from an composition in Ae.

Mettle is about to introduce a new After Effects plug-in called SkyBox.

With SkyBox you will be able to in essence “unify” the look of your 3d work. Take for example that you have an After Effects project going, and you want to drop a 3D element in it. This could be from any one of Ae’s 3D plugins, or even (rendered) from Cinema 4D, Maya, or any other.

Skybox will let you create an environment map from that composition that you can use as a reflection map for that 3D element. This way the 3D object will look like it is naturally reflecting things from the composition that it is sitting in.

Skybox generated scenes integrate with all 3D plugins for After Effects. These would include of course, Mettle’s ShapeShifter AE, FreeFrom, and FreeForm Pro. Skybox will also work with any other plugin or application that accepts reflection maps. This list can include Trapcode Horizon, Element 3D, Zaxwerks, or Boris 3D plugins.

Skybox has a few output options allowing you to generate seamless stills or animations as cubic, spherical, or equirectangular maps. One of the cool things about it, is that you can use After Effects’ tools and plugins to actually create the environment maps. Keep your eye on Mettle’s site for more information relating to Skybox for After Effects and its release. 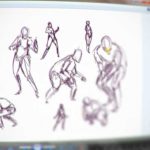 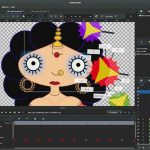