UX Designer at Maxon Computer, Orestis Konstantinidis walks through some of his favorite features for Cinema 4D R17. Some of the larger features include the new Take system, Color chooser, etc. This however, is a look at some of the smaller features that tend to go unnoticed in a release. Smaller features can make all the difference in workflow and usability in an application.

New to Cinema 4D R17 is improvements to using MetaBalls. R17 adds a new Accurate Normals option for MetaBalls that will display the surface better, even with lower polygon counts. MetaBalls also adds a new line and triangle mode for the Tag, letting you get some great boolean type of effects with objects.

Showing animation in the viewport has gotten a lot better in R17. In previous versions of C4D you would see significant slowdowns with certain situations, like showing motion paths while playing the animation. Cinema 4D R17 improves the animated playback speed by leaps and bounds.

The new Display Color Shader will allow you to pass color information procedurally into a single material. This opens up the field to doing all kinds of things with clones and xPresso – taking the base material of an object and pass it to a material as an example.

There has been quite a few additions and enhancements to the sculpting toolset in C4D. One of the most notable, is setting edge detection for brushes. This will allow you to cult on a surface without affecting other parts of the model.

7 Zoom To Cursor on F-Curves

You can easily magnify the section of curves you are working on in the graph editor. Zooming now takes place at the cursor’s position.

You can enable Surface Distance with sculpting brushes that will allow you to better sculpt specific parts of meshes – Moving a single lip in a character for example.

A new mesh detection mode will let you better see and fix the issues with polygon meshes in the viewport.

Cinema 4D R17 makes it easier to switch render settings in the Take System, conveniently from the heads-up display.

The Renaming tool is more useful now, allowing you to rename things in bulk, adding more types of elements to the list. You can rename Tags, Materials, Layers and Takes. 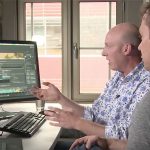 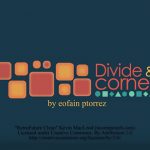