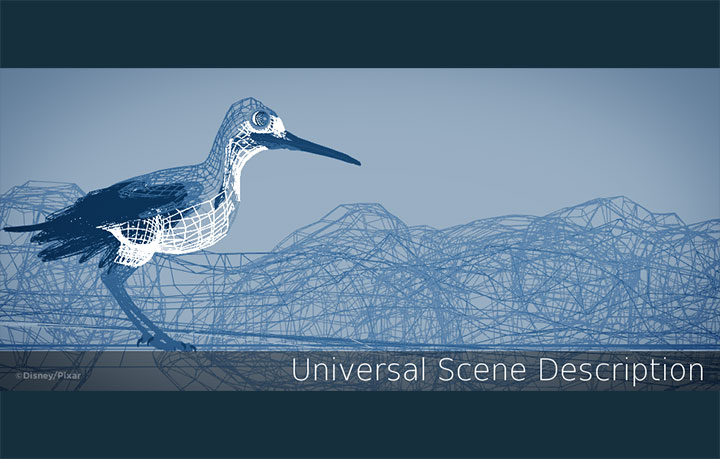 “I have this MAX file… Can anyone open it and give me the contents?” How many times have those words been uttered, do you think? Proprietary scene files may soon be a thing of the past, thanks to Pixar’s new open source efforts for a universal scene description.

USD hopes to build on Alembic’s success, taking the next step of standardizing the “algebra” by which assets are aggregated and refined in-context.

Pixar spearheaded other open source endeavors that have since seen direct implementation in applications with OpenSubDiv. Pixar plans on building on the open source Alembic’s interchange file format and expand on it with a Universal Scene Description format.

The USD (Universal Scene Description) promises to be an efficient, scalable system for authoring, reading, and streaming time-sampled scene description for interchange between graphics applications. Something that will be welcomed in the CG industry for sure.

The powerful techniques for composing and non-destructively editing graphics “scene graphs” that form the core of USD have been evolving at Pixar for close to 20 years, dating back to “A Bug’s Life.” These techniques, such as file-referencing, layered overrides, variation, and inheritance, were completely overhauled into a robust and uniform design for Pixar’s next-generation animation system, Presto. “USD is the marriage of Presto‘s ‘composition engine’ to lazy-access cached scene description, with top-to-bottom enhancements for scalability and leverage of today’s multi-core systems effectively,” says Sebastian Grassia, Lead Engineer for the USD project. Although it is still under active development and optimization, USD has been in use for nearly a year in the making of “Finding Dory,” bringing new levels of performance and stability to Pixar’s production.

The open-source Alembic project brought standardization of cached geometry interchange to the VFX industry; USD hopes to build on Alembic’s success, taking the next step of standardizing the “algebra” by which assets are aggregated and refined in-context. Says Guido Quaroni, VP of Software R&D at Pixar, “One of the key aspects of Pixar’s pipeline is the ability for hundreds of artists to operate simultaneously on the same collections of assets in different contexts, using separate ‘layers’ of data that are composited together at various production stages. USD generalizes these concepts in an attempt to make them available to any DCC application.”

Pixar has already been sharing early USD snapshots with a number of industry vendors and studios for evaluation, feedback, and advance incorporation. Damien Fagnou, Global Head of VFX Operations for MPC Film, relates, “USD is an amazing opportunity for both software vendors and VFX companies; this type of common open standard drives the industry to greater innovation by focusing development and leveraging a wide community of artists and developers. We have been working with Pixar to evaluate USD since the beginning of the year and plan to use it as a key part of our future VFX pipeline.”

Jeff Clifford, Head of R&D for Double Negative, states, “Over the past 12 months, Double Negative have converted many large environment assets from our proprietary system over to USD for testing and more recently have been using the USD viewer successfully in production.  Going forward we are hoping a dedicated team can help test and develop USD to cater for all our scene description needs, including our cross-studio collaborations.”

Among the vendors helping to evaluate USD are The Foundry and Fabric Software. Andy Lomas, Product Manager of Katana, says, “At The Foundry we believe that USD will have a huge impact, and deserves to become an industry standard similar to OpenEXR and OpenSubdiv. It is an ideal format for creating rich assets that will work naturally with Katana, allowing workflows that were previously only available to large studios using proprietary tools. We consider that it is exactly what is needed to enable a scalable collaborative pipeline, allowing the best in class tools to be used for each part of the production process.”

VP Product, Fabric Software, Kevin Tureski, states “ USD perfectly complements Fabric Engine by handling complex scene data in an application-agnostic fashion. The design of the USD API made it straightforward for us to integrate it directly into Fabric Engine and we already have customers testing the combination.

More information about USD can be found at the official website: openusd.org 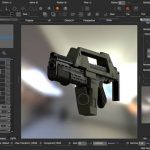 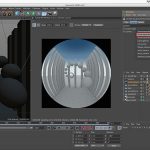