360 footage is kind of on the rise. With YouTube and new VR experiences and tools at the forefront, motion graphics and VFX artists are rising to the challenge.

how to 3D Camera Track 360 footage in After Effects

Here, Mikey Borup shows us how it is possible to 3D track 360 footage in After Effects. Tracking has become commonplace with standard footage, and even stereo footage. After Effects 3D camera tracker is a “set and forget” type of tool, auto-magically tracking the scene and solving for a camera move. Mocha and mocha Pro are also super simple and powerful tools to create both 3D and 2D tracks for your work.

How would you track 306 footage though? Part of the answer comes from working with the correct tools. Mettle’s SkyBox Studio allows you to easily and effectively work with 360 footage right in After Effects.

Mikey worked out a little workflow using SkyBox and After Effects 3D camera tracker to track a Billboard in a shot, and adds a 3D Rock into the scene. Check out the tutorial for How to 3D Camera Track 360 Footage in After Effects here. 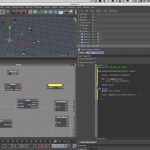 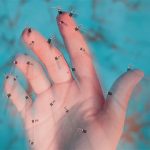