Mettle’s SkyBox Studio is the leading 360/VR suite of tools for After Effects. With the latest release, a new module Skybox Composer makes its way into the suite.

SkyBox Composer gives you a view-based edit comp in After Effects. That’s right… you can edit in the actual 360 view rather than looking at a highly distorted composition and mostly guessing.

Using Composer, you can easily make place VFX where you want them to be to create cinematic VR experiences and 360 vids.

Watch Tim Montijo from unifiedpictures.com show how the easy 360/VR workflow can be using SkyBox Composer, a new module in SkyBox Studio Version 2.

Tim walks through building a 360 scene from rendered spherical assets brought in from 3ds Max. Other assets used include flat fire footage, and a free 3rd party effects plugin. The View-based editing makes for a much more intuitive workflow in After Effects. 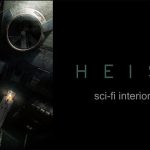 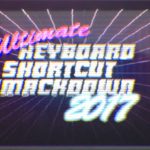 Trapcode TAO, Creating a Bike Chain in After Effects