Anime Studio Rebrands Back to Moho With New Features

One upon a time Anime Studio was known as Moho. Well, once again, it will be known as Moho, as the name is changing back. I guess it’s user base never really latched on to the “Anime Studio” name and called it Moho anyway, so that is what it will be referred to officially. Even the developers admit that “Anime Studio” connoted the software was for hobbyist-style anime animation only — Which is far from the truth.

In fact, many After Effects animators are dropping Ae for greener pastures, and that includes a move to an application like Moho.

You Might Want to Take a Look at Moho

Anime Studio / Moho is a complete animation solution for professionals. In fact, if you create character animation in After Effects, you might want to have a look at Moho. It is affordable, and delivers a really rich feature set wrapped in an intuitive UI.

Believe it or not, Moho has a layered PSD import from Adobe Photoshop that embarrassingly works MUCH better than any of Adobe’s own products.

Add to that, bitmap to vector conversion, integrated lip-synching, 3D modeling, physics, motion tracking and more, and you have a real powerhouse animation tool.

Moho 12 will feature some great new features, including smart warp. You will be able to build custom meshes that you can manipulate an animate an image with. This is an important feature that will allow you to create cloth or secondary moments like you can with Spine 2D.

Moho12 also will feature better bezier handles and improved freehand tools, and adds a realistic motion blur at the click of a button.

If you want to find out more about Moho, you can join in on a launch webinar Friday August 12, 1016, that will offer an inside look into everything new. 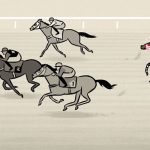 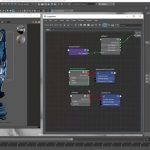 Working With Moho in a TV Series Pipeline