Working With Moho in a TV Series Pipeline

Moho seems to be a great animation tool, but can you use it in a real-life production pipeline? The answer is, yes.

One such example is “Puffin Rock”produced by Irish animation studio, Cartoon Saloon. The 78 x 7 minute episodes use a pipeline that centers around Moho. Recently, Jeremy Purcell, the series’ Assistant Director explained how the show gets made.

The pipeline uses Moho for the show’s animation, along with some ancillary applications. These other apps include everything from storyboard pro, to final cut for animatics. Photoshop and after effects are also in the mix for design and for compositing.

Shotgun took care of asset management while Deadline was the central render queue.

Jeremy runs through some key topics of the production in the webinar replay:

It’s pretty neat to see all the rigs used in the production. It’s also neat to watch how Moho works with other tools to produce animated television.

Jeremy was Assistant Director on two seasons of Puffin Rock, for a total of 78 episodes. Before that, he was Efx Supervisor on two feature films with Cartoon Saloon. ‘Brendan and the Secret of Kells’ and ‘Song of the Sea’. He is currently working on Cartoon Saloon’s next feature, ‘The Breadwinner’, as well as in pre-production on their next Moho TV series. 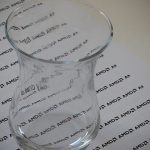 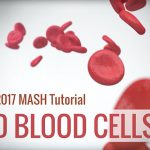 How to Add Wind Simulation to Moho Particles

How to create and animate Vitruvian Bones in Moho