After Effects has a couple partial generators out of the box, and even more turning to third party developers. You have plenty of great choices including Particular, Stardust, Plexus, Nodes and others. That doesn’t mean that you specifically need to make particles with a particle plugin or effect. You can fake one pretty easily, using vector strokes.

Of all the ways you can think to fake a particle effect, Workbench’s Joe Clay has a pretty interesting one. Joe shows a way to create semi-random particles by drawing a vector path. If you have ever made a dashed line, you will recognize that capping the ends of the vector path and making the dash of the stroke short, it will appear that you have a bunch of circles. This is the basis behind Joe’s particle hack.

From there, it is just a matter of adding the After Effects Wiggle Paths animator to get some random animation going. Might be a good way to make cells or an alternative to the Vegas effect. Neat technique! 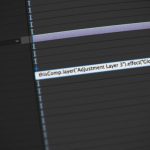 How To Connect Effects with Expressions in After Effects Previous
Using the new Navigate Graph Bonus Tool (or Deleting... Next 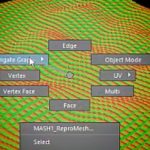 Create a Complex Flocking System in After effects With Minimal Effort

Particles on Mocap Animation With Stardust in Ae