How to Render Volumes and Volumetric Effects With RedShift Houdini

Alvaro Castaneda from Mix Studios adds to his tips and tricks series. The latest shows how you can render volumes and volumetric effects using Redshift Houdini.

Redshift is a super-fast GPU renderer that sets itself apart by being able to fit into a production pipeline, with production focused tools. There is a tiny bit of setup that is needed for Redshift to render volumes and volumetric effects, however.

Redshift has the capability to render non-homogenous volume objects like smoke and fire. Although volumes shape needs to be described through an OpenVDB file first. The team is dedicated to add support for other volume container systems into the renderer, such as Maya Fluids, and FumeFX. Until then, you need to use a Redshift Volume shader assigned to the volume to render.

Alvaro Castaneda walks through how to get some great volume effects rendering in Redshift Houdini. Watching the tutorial, it’s pretty clear just how fast Redshift is for rendering volumes…it’s impressive. 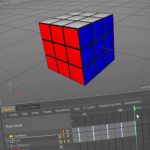 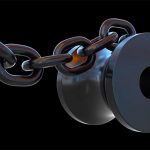 How to Create More Interest With Gobos in Redshift