Ilir Beqiri is fascinated by Xpresso in Cinema 4D. It is where he likes to spend most of his time. If Ilir were to impart some advice to motion designers, it’s that Mograph in C4D is rock solid, and great… but don’t underestimate Xpresso.

Speaking to the power of Xpresso, Ilir Beqiri shows how you can set up and rig two different 3D Puzzle games using pure Xpresso in C4D. One is a standard 3 x 3 Rubik’s Cube, the other is a pyramid game. Both pose some rigging and animation challenges. The Rubik’s Cube in particular can rotate in all directions, making rigging it any other way other than Xpresso, a real challenge.

Following along, you will learn some the basic and more advanced concepts behind using Xpresso. You will also learn how to compose and decompose Matrices, create different kind of constraints, build a custom timer for the games. Xpresso is also used to help UV objects with some expressions and lot more. There’s something for every level of Cinema 4D user here. 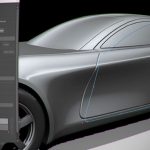 HardMesh Updates With New Nodes Workflow and Simplified... Previous
How to Render Volumes and Volumetric Effects With RedShift... Next 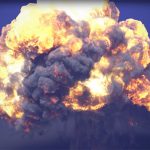 How to Animate an Iris With Xpresso in C4D

Working With the Xpresso Is Same Object Node

How to Make a Pinball Bumper With Xpresso