Give Clouds the Painterly Look in Cinema 4D

You might remember Platige’s film called “paths of Hate,” it was a short animation directed by Damian Nenow, produced by Platige Image. It featured a great story, some spectacular visuals, but equally as important, it threaded a unique painterly style throughout the whole animation. Most striking were the painterly clouds that set the backdrop for a lot of the action.

That film and its effects were done in 3ds Max, but that doesn’t mean that you couldn’t achieve a similar effect in something like Cinema 4D. David Gruwier is a 3D Artist at Ghost VFX and shows his technique for recreating that painterly look to clouds. You might immediately think that you will need some sort of volumetrics to render out that look, but that’s not so true. The technique is simple, using a cloner to develop the cloud geometry, and mapping it with the right kind of generated image. 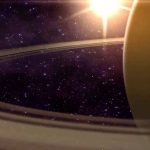 Forging the Rings of Saturn With After Effects Previous
How to Simulate Physically Accurate Depth of Field in... Next 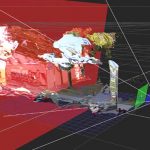 Use Houdini’s Cloud Tools for Quick VDB Clouds in C4D