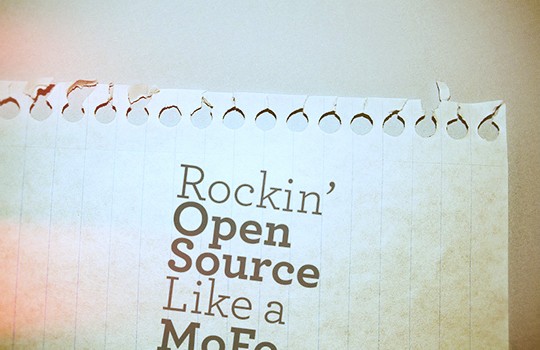 Arguably some of the most exciting advancements in Computer Graphics have been in proprietary technologies heading to the Open Source arena and being adopted into mainstream applications and workflow. Certainly this was true of OpenEXR, the high dynamic range image file format developed by Industrial Light & Magic which saw mainstream adoption in everything from Photoshop to simple image viewers.

Since then there have been a few others who chose to advance open source offerings, from Disney’s pTex & Partio to Lucafilm / Sony / ILM’s Alembic, and Sony’s OpenColorIO. Now both Pixar and DreamWorks have announced Open Source technologies just ahead of the Siggraph 2012 show with OpenSubdiv, and OpenVDB respectively.

“Our intent is to encourage high performance accurate subdiv drawing by giving away the “good stuff”…”.

Pixar posts an interesting note describing why subdivision surfaces might be employed with “Maya and Pixar’s Presto animation system can take 100ms to subdivide a character of 30,000 polygons to the second level of subdivision (500,000 polygons). By doing the same thing in 3ms OpenSubdiv allows the user to see the smooth, accurate limit surface at all times.”

DreamWorks’ previously proprietary format, now offered as open source OpenVDB; which is a Volumetric Sparse Data Format which allows for a dramatic increase in the scale of achievable volumetric effects. OpenVDB is a suite of tools that work with a hierarchical data structure geared towards the goal of manipulating sparse volumetric data efficiently.

“…Our OpenVDB technology in particular has been the focus of intense industry interest,” said Dr. Lincoln Wallen, Head of Animation Technology at DreamWorks Animation. “We have benefitted from using Open Source, and we are pleased to contribute back into the Open Source community in sharing OpenVDB…”

Developed by Dr. Ken Museth at DreamWorks Animation, OpenVDB stores a compact form of sparse three-dimensional voxel grids, and some of the benefits of OpenVDB are a practically infinite index space, fast sequential and random data access for large scenes while still maintaining a compact footprint both on disk and in memory. The OpenVDB initial release will also contain a collection of tools which can handle constructive solid geometry, compositing, voxelization / sampling, and filtering from other representations.

Convert a Stationary Walk Cycle to a Moving One in Maya... Previous
Coordinates Display 3 for Cinema 4D Shows Vertex Coordinates... Next