Triggering Events Using Markers in the After Effects Timeline

Dan Borufka takes a look at using Markers in the After Effects Layer Timeline to trigger events like sound or other animations such as items that pop on and off the screen.

This is a great way to automate repetitive animation in After Effects, alleviating the need to continually key hundreds of copies of layers, or key something as simple as layer opacity over and over again, which can be extraordinarily tedious even using copy / paste.

To ease the process of event-driven repetition, we put together two expressions for the time remap channel of compositions and sounds

Dan shows a couple of examples where using Markers and Expressions in After Effects that essentially tells AE to “do something every time you reach a marker”.

Dan also provides two presets that can be used for simple drag-and-dropping of the expressions and controls, one for basic use, and the other which will handle sound and events Download byMarker_basic.ffx and Download byMarker_audio.ffx Check out the tutorial for Triggering Sounds and Animations by Markers in After Effects here. 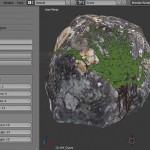