The After Effects ecosystem has been a great hotbed of innovation. 3rd party developers are continually coming up with amazing and incredibly useful tools for After Effects. I know that of which, nothing would have been possible without a strong host API and SDK from the After Effects team, so credit where credit is due. A perfectly placed example of 3rd party publishers pushing ahead and forging innovative new ground, is Red Giant. With the launch of the new Red Giant Universe, Red Giant is pushing forward a concept that is a fresh take on how to acquire and work with tools, and takes aim at changing how you will work with the effects you need.

Today Red Giant takes the wraps off of two new efforts they have had under wraps for quite some time, Red Giant Universe and a behind the scenes look at what will drive it -Supernova. Red Giant Universe is a new community that will give members access to all kinds of powerful, fast, and free tools for visual effects, motion design and filmmaking.

It’s rare we get to introduce technology that is entirely new. Universe is an entirely new foundation for tools. It marries the simplicity of Javascript with the power of the GPU to deliver speedy renders and pixel-perfect results. Users are going to love how quickly we offer new pluginsSean Safreed – Red Giant co-founder and CTO

Universe is intended to be part cloud, part community. Universe gives you to have access to a library effects and tools for multiple host applications that include After Effects, Premiere Pro, Final Cut Pro X and Motion. Red Giant Universe will be a free and premium based community where you can use an ever growing library of effects and tools. For the lunch Red Giant have created an unprecedented 50 new plugins at once, with more under development. Universe promises Mac and Windows compatibility for all their tools, as well as GPU-acceleration for every tool in the Universe library. The Universe library is built to be an amorphous environment where it can grow. New transitions and effects will be added regularly, and existing tools are updated often, based on user feedback. One of the things that will make Red Giant Universe unique is that it will be user driven. Through the Universe Lab, members can help choose what effects and transitions Red Giant builds next – while premium members are eligible for invitations to early betas of new products, allowing users to give early feedback and actively help shape Universe’s expansion over time. How will Red Giant keep up with the promise of Universe? A behind the scenes look show that RG Universe will be powered by their in-house tool called Supernova. The tool allows Red Giant to build and deploy effects, plugins and transitions pretty fast. It is unclear if Supernova will ever be offered as a tool for Universe users. I can see that Supernova could be a priceless value-add for the service.

Universe at a glance

Red Giant Universe is a community with access to an ever-expanding library of new free tools for filmmakers, editors, VFX artists, and motion designers. Universe includes:

you can learn more about Red Giant Universe here. 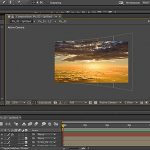 Creating Curved Screens for Images in After Effects Previous
The Art of Creating fur, An Artist's Approach to the... Next