Basic Tracking and Effects With the Ae 3D Camera Tracker

Plenty of people can tell you stories about what life was like before the After Effects 3D camera tracker. Sure there were 3rd party solutions, and with the exception of the Foundry’s Camera Tracker, most of them were too involved to learn.

The 3D Tracker in After Effects is pretty much click and go, but there are some workflow things that you need to pick up in order to really get the best use out of it.

Florian Fueger (FloMotion) posts a look at how to track 3D motion using the built in After Effects 3D Camera Tracker showing you how to easily track the motion of a clip, solve and create an After Effects Camera that you can use for your composition, and how to place new elements in the scene using the 3D space.

Be sure to check out the FloMotion site for more great motion graphics tutorials, or follow through to see Florian’s other tracking tutorials here. 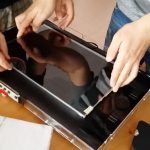 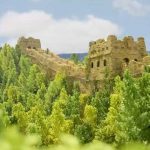