Two Guys Turn An Intuos4 Into a Cintiq

Apparently can turn an old Intuos4 into a Cintiq, or at least into a tablet that mirrors the computer screen. The animation school Pepe-School-Land posted a short video showing two of its students putting together a homemade Cintiq that can be built from a screen and an old Wacom Intuos4.

Two PepeSchoolers doing some DIY (Do It Yourself) Intuos4 to Cintinq

This is new to me, until I came across a video showing two “PepeSchoolers” how were able to follow some simple instructions on TableMod.com that shows you how you can turn an old Intuos4 into a Cintiq style tablet.

All you need is a Wacom tablet either the Intuos4 XL, Intuos4 Large, Intuos4 Medium, Intuos3 A4 (9×12) will do, Some sort of enclosure that you have to make or scavenge yourself, an LCD or LED panel, and a controller that drives and handles the panel.

If you have an old Intuos4 lying around that you don’t use anymore, and are feeling adventurous, this might be for you. TableMod has some extensive parts listings as well as tutorial videos showing you how to put together your own Cintiq from old parts and kits. 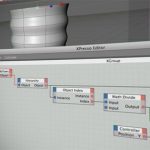 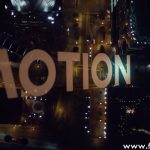