In a lot of ways After Effects is very “Photoshop” like, with a few minor inconstancies. Some of the Effects work a little differently or might be entirely missing. That doesn’t mean that they won’t have many uses in a motion graphics/animation environment that is Ae.

When most people in post-production hear the word High Pass filter, they immediately think of the Photoshop filter plugin…

One such effect would be the High Pass filter in Photoshop, which can be used for much more than just aesthetics in After Effects or visual effects work. High-end tracking applications (that work off a point sampling) often will have some sort of sharpening that can increase the contrast between edge pixels in the image. This can result in a much better track, depending on the footage of course, and the system tracking it.

Even though the 3D Camera Tracker in After Effects offers some pretty remarkable results where other tracking methods in Ae would fail, there undoubtedly will be times when it can’t acquire enough track points from a piece of footage. This is where something like a high pass filter can help.

Here, David Torno posts a look at what a high pass filter is, and how you can make use of such a beast in After Effects. David has created a script for all this, citing Maltaannon‘s original high pass technique as motivation.

Visit Pro Video Coalition for the High Pass After Effects Article, complete with the free download. 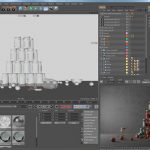 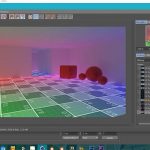 Quickly Balance Your Images for Textures

Comparing The After Effects Mask Tracker and mocha AE CC

Basic Tracking and Effects With the Ae 3D Camera Tracker