Building Your Own Maya-Style Wrap Deformer in Blender

Easily create a Maya Style Wrap Deformer within Blender using Blender’s Mesh Deform Modifiers. The Maya Wrap Deformer will allow you to effectively manipulate a higher resolution mesh with a much simpler one.

In the Maya deformation system, a low resolution mesh can almost be used as a lattice which can be used to deform another shape or object.

This becomes useful for some rigging tasks where it becomes much easier to animate, control, or paint weights for a much more efficient object, rather than one who’s mesh density would increase the complexity of the workflow.

Max brings up the point that the Maya wrap deformer is similar to Blender’s shrink wrap, but rather than having the vertices stick to another object’s surface, the wrap deformer will allow you to use one mesh to deform another.

This technique in Blender will also work with Shape Keys in animation, following through with the deformation, even though the incoming base shape has changed. 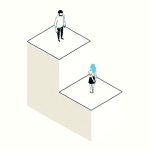 Modern Love Previous
Creating Frame By Frame Animation With After Effects... Next 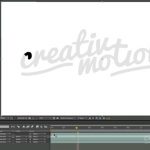 Get the Rocket Girl Rig for Blender for Free

Top 6 Characteristics of a Good Rig

How to Create Dynamically Driven Bones in Blender

Rigging the Next Gen Feature Film With Blender