Exploring Path Animation in After Effects for Creating Animated Blobs

Evan Abrams has a look at creating the “liquid look” or animated blobs as he calls them, that are quite popular in the flat motion graphics animations these days. Evan shows how to automate some parts by using path animation in After Effects and a simple expression connection between two effects.

make liquid blobs fly around the frame. I’m sure you’ve seen this before and if you’ve tried particle systems, and just plain drawing it, then you need this lovely solution that uses other paths as guides but still tricks the computer into doing most of the work for youEvan Abrams

To create the general motion that will be the animated blobs, Evan tasks path animation in After Effects to  automate the direction of the object. You can easily create path animation in Ae by creating a vector path and pasting the result into a position channel for a sleeted layer or object.

Making some simple adjustments to the velocity curve in the graph editor will speed up the animation in parts and slow it down in others. Evan then uses this velocity information to apply to a wiggle paths effector in Ae.

The faster the object goes, the more wiggle effect it receives. This can easily be done by using the pick whip in Ae and connecting the two values. A simple modification to the resulting expression will get you the desired effect.

Path animation in After Effects can only take you so far here- the rest of the process for creating the stretch of the animated blobs are created by some manual adjustments to the shapes in key areas. This may take a bit of time and some key frames, but offers a more authentic and crafted look to the end animation. 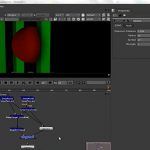 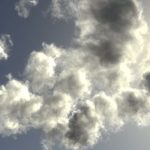 Learn the Fundamentals of Motion Graphics

Animating a Simple Wave Effect in After Effects

Strategies for Generating Content for Multiple Screens: 30 Days of Ae