Light Motif is conceived as a synaesthetic experience based on a visual transposition of Music for 18 Musicians – Section II, by the American composer Steve Reich. The ambition of the film is to cinematically capture the extraordinary life force that animates this essential work of contemporary music by offering a truly hypnotic experience where music can be “seen”.
The inspiration for the project stems from the relationship between music and the visual arts, illustrated by artists such as Wassily Kandinsky, Oskar Fischinger, Norman McLaren or John Whitney. These works try to establish precise connections between sounds, shapes, colors and movements, to visually translate the concepts of rhythm, melody, harmony, pitch, timbre and intensity. Light Motif proposes applying the construction principles of Steve Reich’s compositions to visual language.
Rigorously architected, his compositions are based on the repetition of short melodic patterns subjected to the gradual processes of dephasing, lengthening pattern, rhythmic saturation and tonal changes. The result of these subtle variations in the repetitions is a sound texture in constant transformation. The listener passes progressively from a polyphonic perception to a global perception, from the perception of a discontinuous sound phenomenon to a continuous one. In Light Motif it is this perceptual phenomenon that is transcribed into images.
Procedural generation techniques are used to transpose the motifs and compositional processes into a semi-abstract visual form made of colored lights and geometric shapes.
Light Motif explores the possibilities of synergy between music and image through a subjective experience that can speak directly to the subconscious of the viewer. 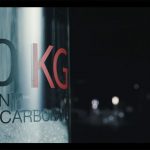 15 Years Of Transparency Previous
Poulicroc Next 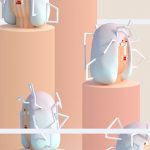