Fractal and VFX artist Julius Horsthuis has been using and experimenting with fractals in his short films for a while now. Recently, Julius has put together a short video with some insights into the production pipeline for creating and using fractals in VFX.

If you’re interested in wielding the power of fractals in your CG work, this is for you.

Julius answers the question “Can Mandelbulb3D be used in a VFX Pipeline?” with a look into such subjects as importing/exporting camera and mesh data, normal maps and compositing tricks.

Being that Mandelbulb 3D is a free software application for Windows and OS X, that is a fairly valid question. Originally developed based on Daniel White and Paul Nylander’s Mandelbulb work, Mandelbulb 3D can create an amazing and set of 3D fractal objects.

Mandelbulb 3D even has a rendering environment that is fairly capable, including the basics of lighting, color, specularity, etc. but also incorporates depth-of-field, shadow and glow effects. Check out Mandelbulb 3D for more information. 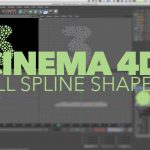 Easily Fill Spline Shapes With Objects in C4D Previous
Create a Custom Material ID Pass in Cinema 4D With a... Next 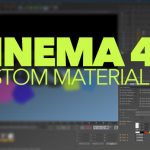 Create a Mandelbulb With Math in Houdini