Creative Case’s Janos Hunyadi releases his Shell Modifier plugin for Autodesk Maya. 3DS Max users will recognize the term “Shell Modifier” as a tool that will allow you to not only solidify 2D surfaces, but also provides control over the characteristic of the edges.

The Shell modifier “solidifies” or gives thickness to an object

The Shell Modifier Plugin for Maya is meant to mimic that functionality. The tool offers an easy way to create thickness for an object, but also allows you to edit and store extrusion profiles in Maya.

Instantly create “chaser” edges or subdivisions for your extrusion, that you can change at any time. The tool also provide a live sub-d preview. Check out Janos’ demonstration from an early version, where he shows the power of Shell Modifier plugin in action.

The Shell Modifier Plugin for Maya works under Windows and OS X for both Maya 2015 and 2016 versions. You can pick up what looks to be a really handy modeling tool, for $10.00 on GumRoad. Janos notes that if there’s enough support, look forward to getting free updates, too. Check out the Shell Modifier for Maya. 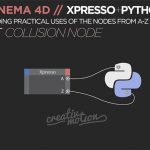 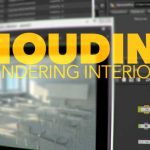 New Annotate Tool for Maya Lets You Present Like the Pros