So much of computer animation relies on the pivot. It is from where all animation is recorded. In animation, it is also the center of rotation. In After Effects, it is the Anchor point for the selected object.

What if you are pressed to rotate an object that would benefit form multiple pivots? For example a cube, or an object with corners.

Here, Daniel Brodesky shows how you can create a multiple pivot rig for an object in After Effects that will allow you to easily animate and keyframe the animation from a single layer.

Other animation applications will handle a situation like this with a series of object constraints. This type of system will allow you to have dynamic parenting, or even have one child object own as many parents as you like.

In After Effects, there is no such luxury. However you can easily set up a system where one object can have multiple pivots. This is done through the After Effects expression engine.

Using a couple line of expression on the new pivot (the null used as a second anchor) you can easily set up a second rotational pivot.

Daniel also shows how to use the Ae graph editor to create the illusion of force and gravity giving the animation a much more life-like quality and some appeal.

This technique of having multiple anchor points can be extended far beyond what Daniel shows in this tutorial. You may not need to rotate a cube end over end very often, but you might find yourself in a situation where you need multiple rotational pivots quite often. 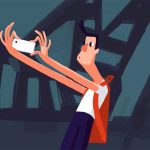 "Fears" from Nata Metlukh Previous
Data Driven Retopology is Something We All Need, Immediately Next 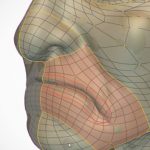