Tim van Helsdingen posts a camera rig for Ae that allows you to easily animate cameras using interactive controls either in the effects panel or right in the viewport in After Effects.

FlexCan offers click and drag controls for easy camera movement, allowing you to control individual axes independently. You can easily move or rotate the camera along X, Y, or Z through the controls in the effects panel.

FlexCam also gives you the ability to move the camera easily right in the viewer, by moving the designated nulls. You are even able to easily control the camera’s depth of field by using a null right in the Ae viewer.

The After Effects camera rig also includes vignette and wiggle controls that will come in handy, rounding out the camera animation controls.

FlexCam for AE can be found on Tim van Helsdingen’s site, or purchased under a name your own price point on GumRoad. Check out FlexCam for AE – Camera Animation made easy for more information. 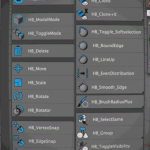 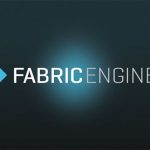 Check Out This Free Responsive Grid Rig for After Effects