DUIK started out as a tool for After Effects that would give you the ability to use simple IK chains. Since then Nicolas Dufresne has grown DUIK into, not only a rigging powerhouse, but also a really powerful animator’s tool.

With a successful Kickstarter campaign completed, we will soon enjoy a new version for DUIK, adding some really great new features. The core of DUIK has been the rigging and auto-rigging feature sets.

There are also some great tools that can be used for simply animating. Things like setting animation curves, spring and orient animation tools. If you had to rotate a wheel in After Effects, DUIK would handle that for you at the click of a button, rather than kluging together lines of expressions yourself.

DUIK 15 will continue on the path to be an all in one solution for any type of animator. New to the character rigging functions of DUIK 15 are new quadruped auto-rigging with a single click, similar to the biped auto rig. This means that the rig types have expanded from just plantigrade, into digitigrade and ungulates, covering other mechanics of character locomotion.

DUIK 15 will have better character foot controls, allowing now for the all-important foot rolls control for walk cycles and the like.

The IK system has also been expanded in DUIK 15 to account for the different rigging types. You can now have IK run across 3 layers rather than only the two in previous versions. The IK system will also support goals, a feature that will be welcome.

DUIK 15 adds new Bezier IK controls. This will make it really easy and quick to set up rigs for ropes, tails, spines and snake-like characters.

Along side the IK features are new automated dynamic animation presets. Adding to the Spring and Orient automations are “move Away” and a looping Wiggle expression.

DUIK 15 adds some tradition animation tools and adaptive exposure control, allowing you to work with cel animation or easily fake the look of traditional hand drawn and shot animation.

This includes a new way to easily animate paint strokes… something that while completely possible in Ae, is still a complete mess for how simple an animation task it is.

A new Randomize tools will allow you to easily randomize any number of properties and layers with the click of a button.

Lastly, added to DUIK 15 are new camera tools which will let you easily rig the 2D multi-plane parallax camera effect.

As exciting as we all are watching the preview, DUIK 15 will be available on September 30, 2015 – stay tuned to duduf.net for more details. 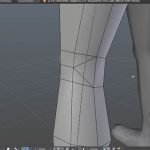 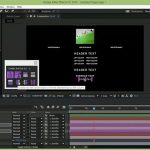