Motion Tutorials shows how to build a mouth rig that has a slider control using DUIK Bassel.

I think a lot of people who use After Effects overlook some of the features that DUIK Bassel has to offer. For instance, DUIK allows you to create all kinds of rigging controls for characters, and that includes creating slider controls. Sliders are a great way to perform a function efficiently in rigging and animation. When you move the slider, something changes on the character. A slider is perfect for creating lip-sync animation from a mouth rig. Check out this new tutorial from the Motion Tutorials Channel, which shows how you can use DUIK to create a slider-controlled mouth rig.

In After Effects, some third-party tools allow you to create a slider and “joystick” type of rigs that play out well for animation. One of them is Joysticks n’ Sliders that offers a simple pose-based system for after effects. The Slider type of controller was made accessible by the principles laid out in Jason Osipa’s “Stop Staring.” That book is pretty much the definitive guide for facial modeling, rigging, and animation. 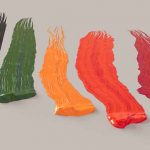 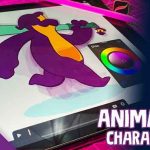 DUIK Gets an IK FK Switch, and Snapping