Adding Anticipation and Overshoot to Character Animation in Ae

Freelance Animator Ross Plaskow, shows how even adding the slightest and tiniest bit of the standard principles of animation can make your work hundreds of times better.

Ross has a look at using a bit of anticipation and overshoot or recoil to a character animated piece, to plus the animation to another level. You might think that adding overshoot is a difficult task in After Effects, but it is actually quite simple, as shown here by Ross’s demonstration. Ross also uses overlap or stagger, by slightly shifting the keyframes over, just so everything doesn’t happen at the same time.

One thing that struck me while watching this demo, was how simple the character setup was. There was no special tools to rig the character, or complicated scripting making things work.

Ross’s character is just made out of simple shape layers that are parented together… That’s it. Watching the tutorial shows just how liberating it can be to simply key the path of a shape layer. It makes it super easy to get exactly the pose that you are looking for.

What I was trying to get across in this tutorial was the idea of anticipation and recoil. I hope that came across well. If it didn’t then I apologise and can only hope that my next tutorial is clearer and that you shut up dick. 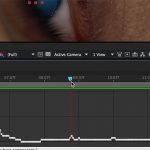 Magnum 3 for After Effects Ups Its Auto-Edit Detecting... Previous
Trigger Lets You Add Markers That Can Trigger Animations... Next 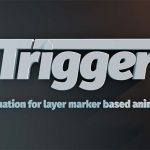