Mt. Mograph Matt Jylkka covers a technique that he recently used to create pseudo 3D head turns… something that he calls 2.5D head turns. Matt walks through how to set the character up, and actually shows a couple of methods for creating a head turn in Ae, because there is more than one right answer here for this problem.

A while back, Lee Daniels had a short tutorial showing how to essentially fake a head turn in After Effects, that was surprisingly simple to pull off, and looked pretty believable on simplified or stylized characters.

For more complex characters, e.d.Films’ Daniel Gies showed how to use a 3D plugin like Mettle’s Freeform, or even the liquify tool in After Effects to get  a pseudo head turn for a character going.

Matt uses a new tool that he has created called Animo, as a helpful addition to creating the setup. Animo will create a custom set of controls for any property, that will let you change the animation without having to go back to the layer. Simply move the on-screen control to affect its connected attributes.

Check out Animo for After Effects here. 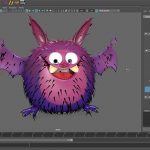 Creating Parametric Fur for a Character in Maya With... Previous
Cinema 4D Morphing 101, Turn an F1 Race Car into a Suitcase Next 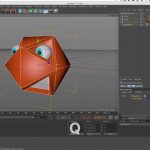 Use Lens Distortion to Help Animate Parallax in Ae