MARI Extension Pack represents a production collection of tools, nodes and scripts that extends MARI’s tools and capabilities. Recently, a new revision was released, the MARI Extension Pack 3 is the third installment of the popular Plugin for the Foundry’s high end 3D Texturing application MARI.

It is also the first version of the extension pack that comes with a new distribution method and fee. Previous versions of the Extension Pack were free, however Mari Extension Pack 3 asks for a minimum contribution of $6 Dollars for a single seat or $18 for unlimited seats.

The latest Extension Pack has a new file and folder structure within your mari script directory. This design will make it a simple, compact and easy to update extension, and easy deploy package.

All of  the Extension Pack’s Layer Nodes have been reworked so that they can be used effectively in the Mari Nodegraph.

There are some new adjustment nodes, which include a Histogram Scan, RGB to HSV + HSV to RGB, and RGB to HSL + HSL to RGB

Also new are two manifold 3D nodes. The manifold 3D node allows you to transform coordinates such as position, plus normals, resulting in a change of scale, translation or rotation. The new Manifold UV node can be used to change scale, offset and rotation of 2D Coordinates (UV Coordinates).

You can now pin layers and channels with the pack. Pinned Layers offers an easy bookmarking system for layer selections which also applies to include pinned channels.

It is now possible to export your geometry from inside Mari to an OBJ File. The new export object command can either export subdivided or unsubdivided geometry if OpenSubd is applied.

Mari Extension Pack 3 is available on GumRoad, Visit the page for more information, and a download. 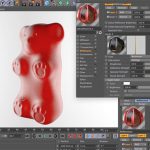 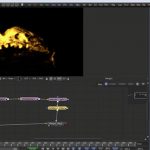 How to Customize UI Docking in Mari

An In-Depth Look at Substance Baker Bridge for Mari