Animating a Geometric Dendrite Snowflake in After Effects

An Ae Shape layer will lend itself well to animate a geometric dendrite. Of which, the most recognizable dendrite would be a snowflake.

Here, Sergei walks through how Mikhail created his geometric dendrite snowflake using shape layers in After Effects, along with the popular Ae Plugin, Trapcode 3D Stroke.

There are a great many Russian tutorials out there — Most of which, if you don’t speak the language with be lost.  Ukramedia’s Sergei Prokhnevskiy, partnering with his Russian friends over at VideoSmile.ru, has translated a Russian tutorial into english.

The first translation comes to use from Mikhail Bychkov, who originally authored geometric dendrite snowflake tutorial. Mikhail Bychkov is a motion graphics designer based out of Moscow, Russia. 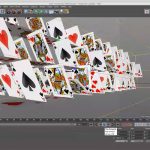 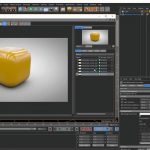