Animate Droplets on a Bottle With X-Particles

Tobias Steiner, who is Creative Director & Visual Effects Artist, posts some really great and in-depth tutorials. This one is no exception. Here, Tobias shows how you can create and animate droplets of water on a bottle in Cinema 4D.

Tobias uses particles to create the animated droplets, and there is no better particle system than X-Particles, consequently, that is what he uses here. Getting the droplets animating realistically is crucial to selling the effect of the scene. The tutorial also covers rendering the animated scene using Arnold render to bring it all together.

In this tutorial I will show you how to create animated water droplets on a bottle using X-Particles. We will be rendering in Arnold Render. This technique will work on any polygon surface.

Water Drops is something that comes up quite a bit in renderings. If you don’t have X-Particles, YouMoGraph showed how you can use Cinema 4D particles and Xpresso to create the same type of effect. MotionSquared also showed who doc create water droplets, this time using MoGraph Clones to create the drops themselves. 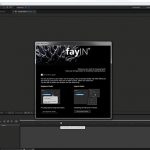 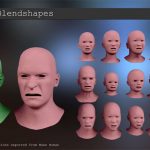